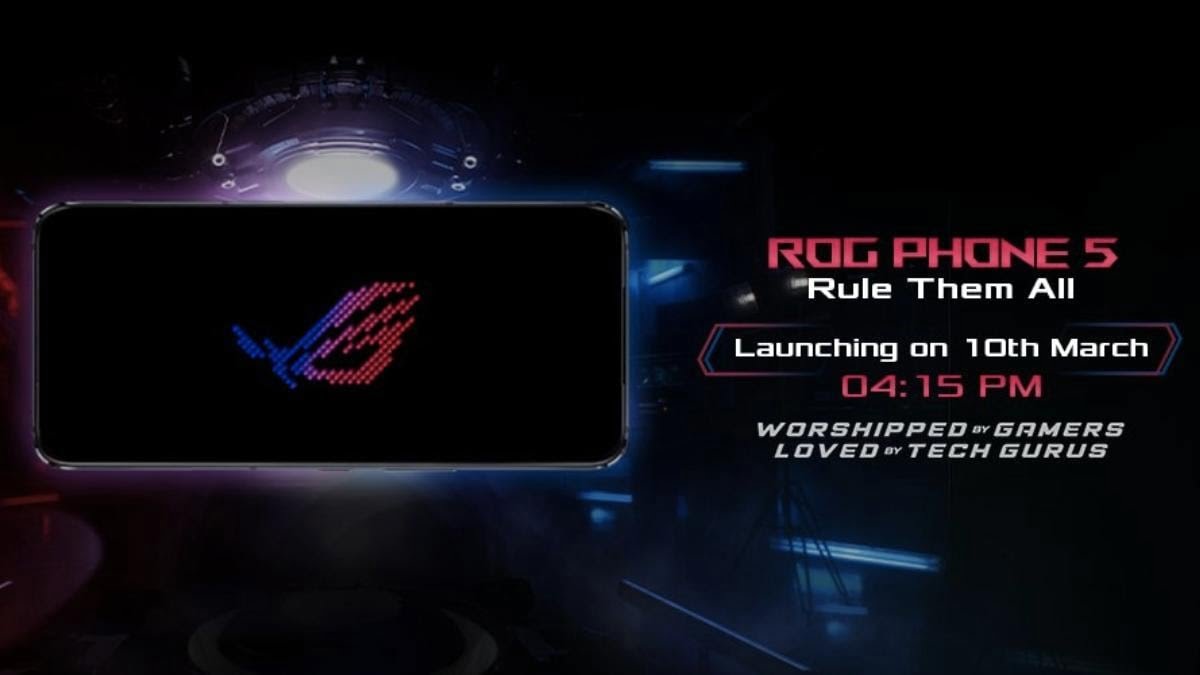 the global launch of the phone, Asus later announced the India details will be revealed the same day. We are looking at price and availability information to come out majorly from the India-centric part while the specifications and overall coverage of the ROG Phone 5 will be a part of the global announcement. Ahead of the launch, Flipkart has listed the ROG Phone 5 on the website, which hints at an imminent release in India, which is much earlier than that of the Asus ROG Phone 3.

If you are a gamer, the launch of the ROG Phone 5 should be exciting for you. It is for me. If there is one phone that comes to my mind when I am asked to tell the best gaming phone, it is the ROG Phone. Why shouldn’t it be? Asus has managed to woo gamers with several small things that make ROG Phone what it is. You always have something extra on the phone, such as two USB-C ports, a cool ROG logo with RGB lighting, exceptionally nerdy design, and, of course, the powerhouse processor on an equally impressive display. That is the recipe for a gaming phone that Asus knows quite too well. But it has been experimenting a lot, as well, because Asus wants the non-gaming crowd to take a look at the ROG Phone.

I have a wishlist of features and specifications that I want Asus to deliver on.

should follow a futuristic design that is a mix of what we have seen on previous ROG Phone models but keeping it low profile on the gimmick part. The ROG Phone 3, for example, had a transparent glass on the side that showed the vents for heat dissipation. It was good to showcase something like that back then. But this time, Asus should not go into that territory. The leaked images have shown the ROG Phone 5 will ditch that transparent section on the back and I am glad about it.

I have always loved the ROG logo on the back of the ROG Phone. It glows in various patterns with the RGB lighting underneath. I want this logo to stay as-is. Asus’ Republic of Gamers is a whole community that desires to be represented by this elegant logo. Asus did justice to the logo implementation with that RGB lighting on the phone. But the ROG Phone 5 is said to have a different plan for the beloved ROG logo. As per leaked images, the ROG logo will be at the bottom left while the space in the middle will be occupied by a dot matrix display. I am not sure why this display will be needed on the phone — and I am keen to know that, but the ROG logo seems to have been sidelined.

I am also expecting some new software optimizations for ROG UI. Obviously, the phone is going to have top-class hardware, such as the Snapdragon 888 processor, but the software needs to be changed a bit. I have found ROG UI to be fast and good enough for a gaming phone but it needs a little more. This is not to say that Asus should copy Xiaomi’s MIUI or Samsung’s OneUI to make its custom software richer. I am looking at game-centric functionalities that would eliminate the need for a mobile game controller or even the triggers on the top.

Of course, there are many things set for a change this time with the new ROG Phone 5. Some of them are already out in the open while some are still not known to us. This is why I have these expectations and I hope Asus delivers on them. Asus ROG Phone 5 is coming on March 10 and is likely to be one of the premium phones of this year.

PUBG New State is coming soon to Android and iOS